Here are  some of my initial thoughts on Man of Steel. This is the best I could do without spoilers!
Man of Steel was action packed, exciting, and I enjoyed the story behind the reinvention of the classic hero. However, there were a lot of plot holes, continuity issues, and awkward moments that kept me up last night and I can’t stop thinking about them. Many of which I think could have been easily fixed/avoided. That said it’s still a must see film and I am looking forward to a sequel!

Just revealed at E3, Sony’s PlayStation 4. It’s a rhombus, but a sexy rhombus! 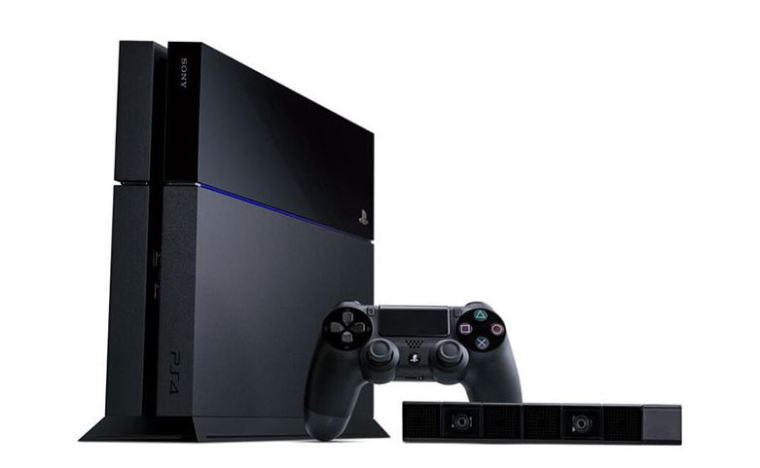 Games
The PS4 will have no used game restrictions nor will  it require an internet connection.
Kingdom Hearts 3, Destiny, Final Fantasy XV and Elder Scrolls Online will all be coming to consoles. (AWESOME!)

Today Microsoft unveiled their next generation Xbox console, Xbox One. Aiming to be a one stop for home entertainment Xbox One will allow users to control television,  play games, watch movies and more! 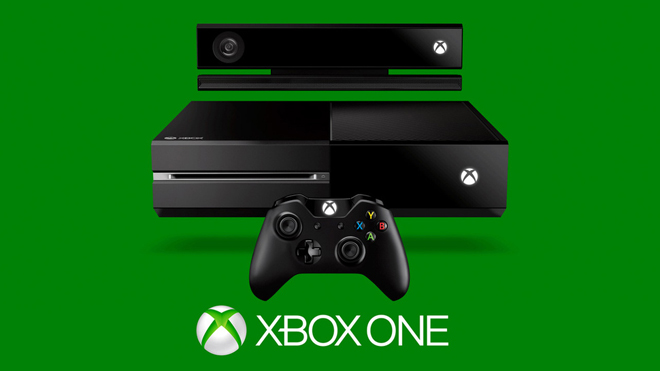 Appearance
The simple black box design of the Xbox One will work well just about anywhere. The controller for Xbox One is a slimmed down version of the classic 360 controller. Visually not much has changed, but one of the most notable differences is the integrated battery pack. The Kinect has also been redesigned to fit the boxy feel of the new console.

Kinect
Kinect will be an integral part of  Xbox One, and will come with every console. One of Kinect’s newest features is it will use voice commands for powering on/off  along with navigating the system. Users will also be able to use Kinect for web chatting since Skype will be now be on Xbox.

Games
EA’s Madden 25, FIFA 14, UFC, and NBA Live will all be coming to Xbox One and run on the  Ignite Engine. Some other titles to look forward to are Forza 5, Quantum Break, and Call of Duty: Ghosts.

Unfortunately, Xbox One is not backwards compatible so you will not be able to play Xbox or Xbox360 games on this console.

You do not need to have a constant internet connection to play games like it was rumored, but developers will have the option to make use of the cloud computing which would then require a connection. Also, game will have to be installed on the hard drive.

No word yet on Microsoft’s plan for used games, but when it is revealed I’ll be sure to update.

A new trailer for Man of Steel is out! Directed by Zack Snyder (Watchmen & 300) and produced by Christopher Nolan (The Dark Knight Trilogy & Inception) this new take on Superman will be hitting the big screen June 14, 2013.

Teaser for The Hunger Games: Catching Fire. The series is now under the direction of director Francis Lawrence, and will hit the big screen November 22, 2013.

Some awesome new posters for  The Hunger Games: Catching Fire! 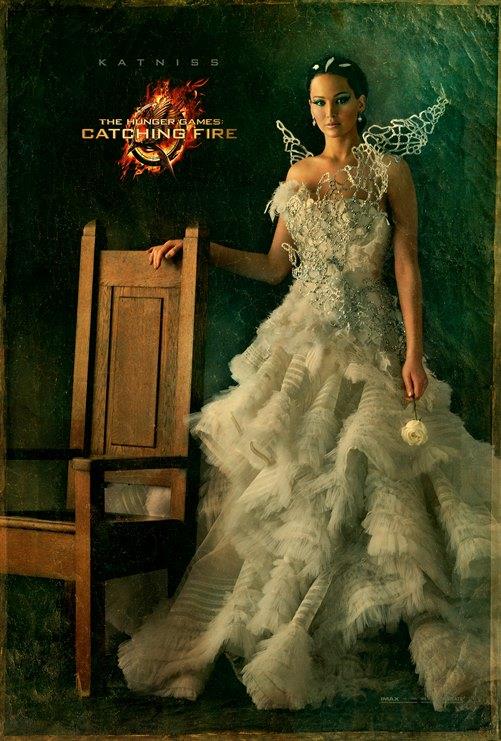 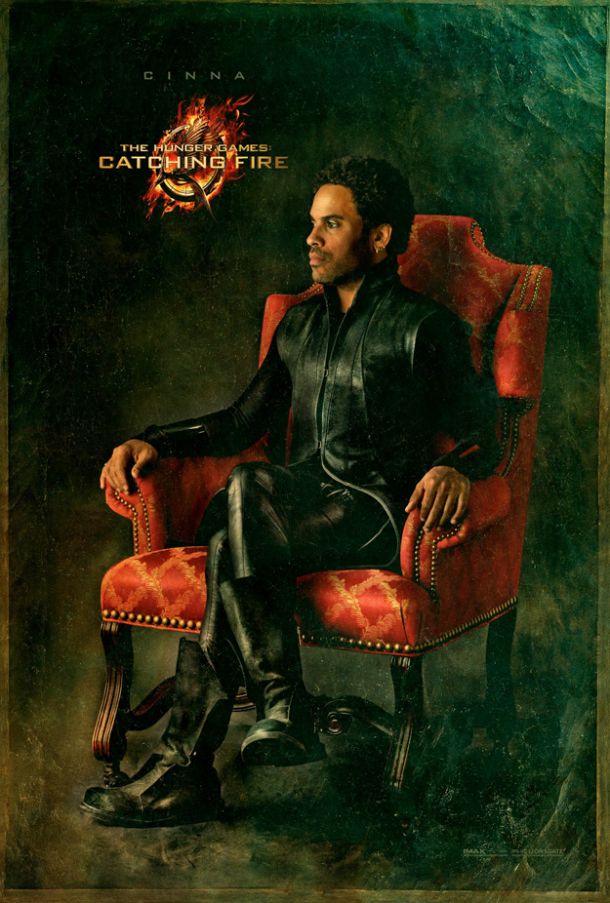 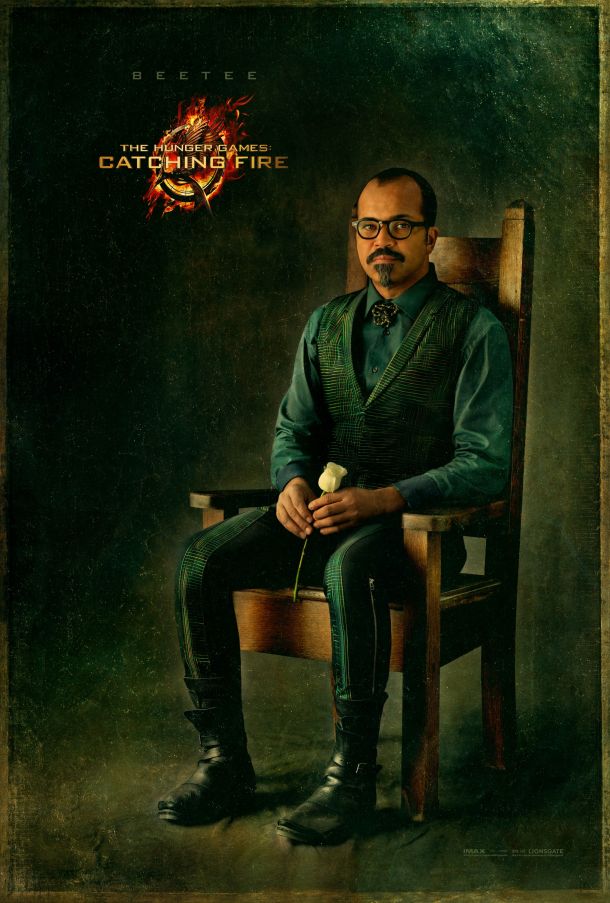 Living in an apartment with a tiny kitchen I found the easiest way to baby proof is to keep a baby gate up in the doorway. It makes kitchen tasks much easier, but I realized Harrison never really gets to experience the joy of playing with refrigerator magnets. Then I remembered something I saw while perusing  Pinterest so I decided to give it a try!

What you will need:
Oil drip pan ($11 at Walmart)
Command picture hanging strips or screws
Magnets

This is a pretty self explanatory project! You may want to wash off the pan if it has an oily coat to it especially if you are using the command  strips. Other than that it’s as simple as finding a spot you like and hanging with the method of your choice. (I used the command strips to avoid damaging the walls and put one in each corner.)

I purchased a pack of alphabet magnets for .75 cents and I also had some fun making my own! I bought some large foam letters & a roll of magnet tape and hot glued the magnets onto the letters. You could also add magnets to puzzle pieces, laminated pictures, scrabble pieces, and flash cards! *Just remember to make sure they are the appropriate size for your child to avoid a chocking hazard.*

You can do a lot of other fun things with it too! Contact paper, spray paint, chalkboard paint, etc. I didn’t have too many options since there was a blizzard outside, but when summer comes I might try and do more with it. 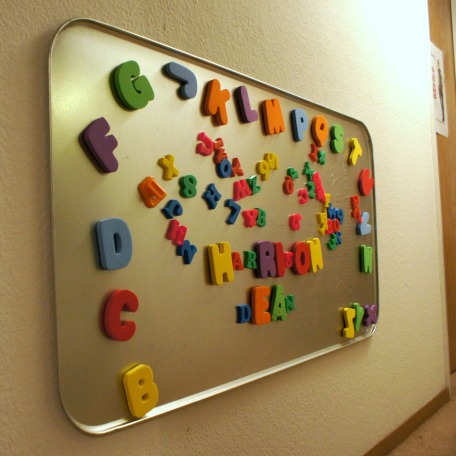 In my ‘mom circles’  I’ve recently been seeing a lot of advertising for various kinds of body/belly applicator wraps. One brand called ItWorks describes their product as “non-woven cloth wrap that has been infused with a powerful, botanically-based formula to deliver maximum tightening, toning, and firming results where applied to the skin.” They run about $30-40 a wrap and you can even have wrap parties with all your friends. The idea sounded great especially since I’m very conscious about my post baby belly, but I’m also extremely skeptical of many of these companies. I figured there was probably a cheaper way, and I think I may have found it!

What you will need:
Vitamin E oil
Saran Wrap
Tape
Sea Salt
Bathtub or shower
Moisturizer (I used Palmer’s Cocoa butter because I love the smell) 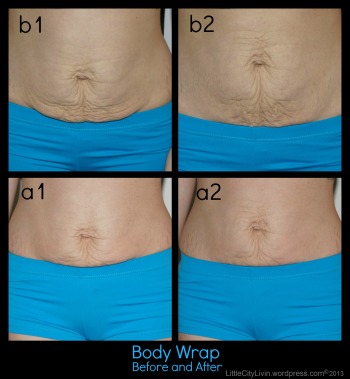 I’m not exactly sure how the “official wraps” work, as it was hard finding any scientific information on the sites. I believe mine is a combination of vitamin E oil toning tightening while the wrap makes  you sweat out water weight. It’s not permanent, but can definitely help the appearance of loose skin if done every couple weeks.
*I’d recommend drinking some water before because you don’t want to dehydrate yourself.

Hey all! I wanted to share some information on a nifty child restraint system called RideSafer.  It is a wearable belt positioning vest that’s an ideal booster substitute for  travel, car pooling, and tight 3 across situations. Not recommended for everyday use and children must be booster ready to use this product! It’s also not FAA approved so it can not be used on airplanes. 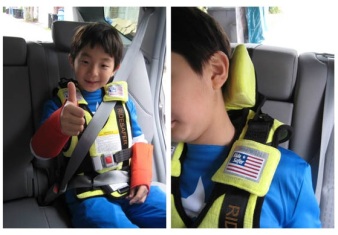 There are two models of the vest. RideSafer3 can only be used with lap and shoulder belt and RideSafer2 has the option to be tethered with lap belt only. It comes in various colors and is exclusively sold in the United States. Head on over to www.safetrafficsystem.com for more information. 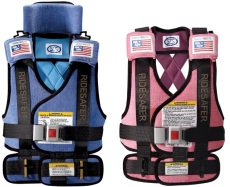 Happy 2013 everyone! The holidays have come and gone now it’s time to get back in the swing of things. I hope you all enjoyed the past few weeks and have had a wonderful start to this new year. I’m sad  the season is over and now all our Christmas decor is down. It makes our apartment so much warmer; keeping them up all year was a tantalizing idea. Although I am looking forward to the lovely spring weather that’s ahead.  We finally got some snow here which was an excellent belated Christmas/New Year gift. It’s just not winter without a good snow. It didn’t last too long, but enough for us to  stand in it! 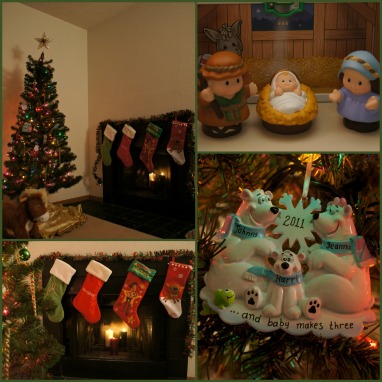 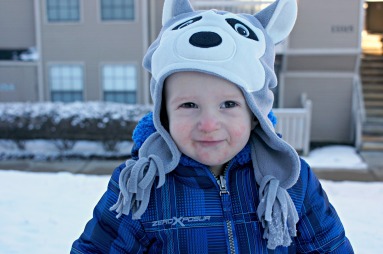 I have lots of fun and delicious recipes, information on some great new car seats, and a lot more I can’t wait to share! I’m looking forward to what 2013 brings.